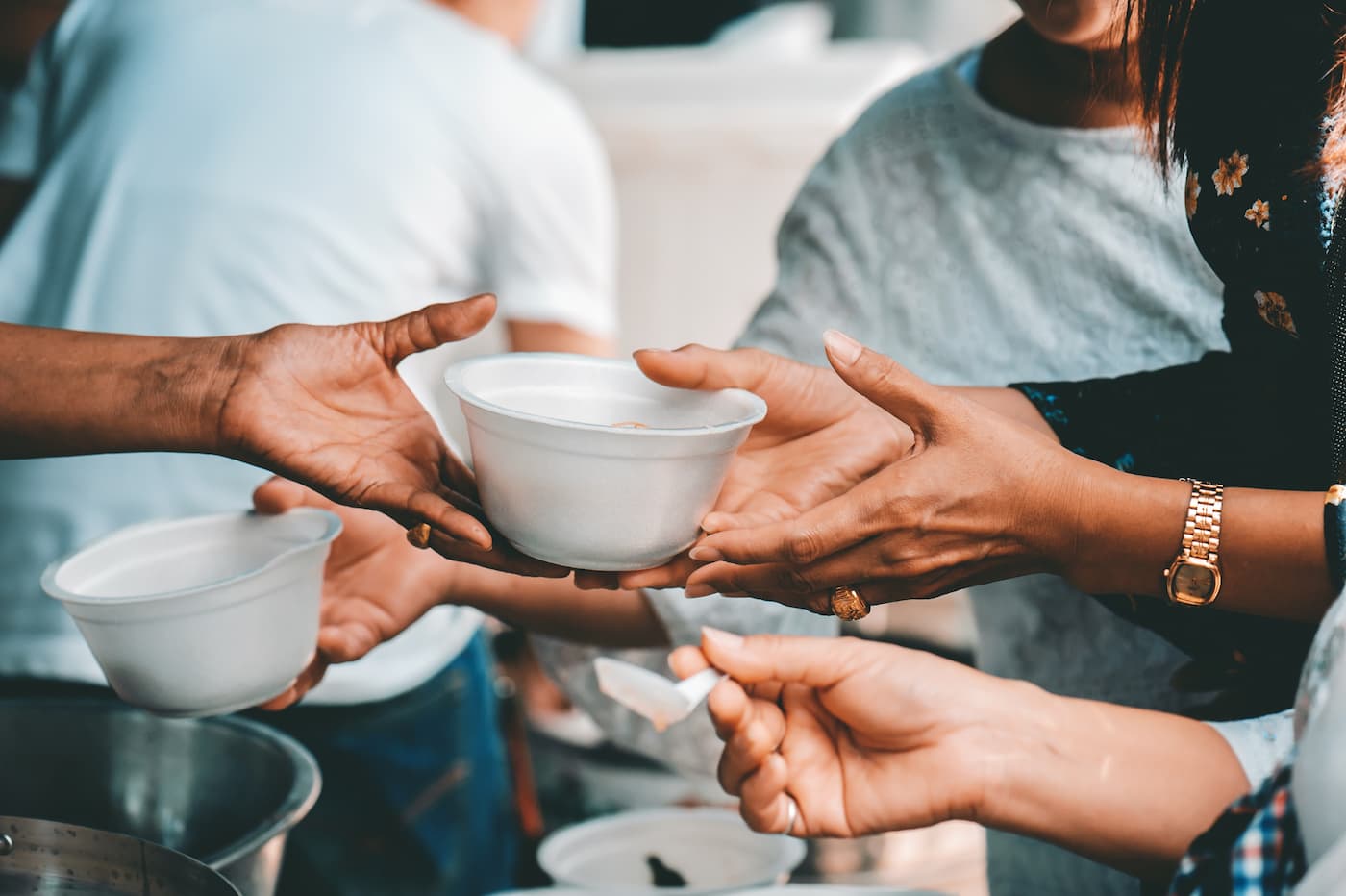 As Anthony Bourdain once said, “Food may not be the answer to world peace, but it’s a start.” Food can heal the soul, it can open minds, and, above all, it can bring diverse people together to unite around a common cause.

Even as they face their own business challenges, restaurants are putting a healthy planet, humanitarian causes and community outreach at the top of the menu. Here’s a look at how they’re infusing social good into their culinary delights.

Russia’s invasion of Ukraine has caused a massive refugee crisis, a string of humanitarian tragedies, revelations of atrocities and an immense need for help. People all around the world have leapt into action on behalf of the people of Ukraine. For every José Andrés, whose World Central Kitchen has opened operations in war-torn Ukrainian cities to feed scores hungry, displaced people, there are dozens of smaller restauranters answering the call.

Ukrainian Bakery Oksa Cakes in Flagler Beach, Florida, acted quickly in early March to serve as a collection site for items restaurant owners knew Ukrainians would need the most. New York City’s famous Ukrainian restaurant, Veselka, has been donating 100% of proceeds from borscht sales to aid Ukraine, and is also serves as a drop-off point for physical donations. Requested items include: first-aid kits, energy bars, new socks, and underwear, sleeping bags, and more. Three bakery services in Austin, Texas — Bakecation By Glo, Quyen B Macarons, and Kat’s Hand-Baked — hosted an in-person pop-up with all proceeds donated to support Ukraine. In Los Angeles, four restaurant chefs hosted a #CookForUkraine event with all proceeds going to aid.

Odds are, there’s a restaurant in your area raising money or accepting donations for Ukraine (hint for Clover merchants who want to help: the Donate Here app makes direct donation easy). Paying these places a visit is a fantastic way to support a local business and experience unique tastes—all while helping people in dire need.

The city of Houston is already a culinary hotspot offering everything from Barbecue to Soul Food to French cuisine. For 10 days in April, the city celebrates Black-owned restaurants through Houston Black Restaurant Week, an initiative that began in 2016 to support Black chefs and restaurateurs, and spread the word about their rich culinary tradition.

Best friends Kurt Evans and Muhammed Abdul-Hadi combined their love of pizza and their passion for serving the community by opening Down North Pizza in North Philadelphia. As part of a personal mission to reduce the city’s recidivism rate, the spot hires exclusively formerly incarcerated people, and offers them a path back into society.

Employees who require housing in the short-term are also offered a place to stay rent-free above the restaurant, which allows workers to save up some money to find permanent lodging — something that is nearly impossible for many formerly incarcerated people.

“We just want to meet people where they’re at and help them along the way,” Evans told Good Morning America.” “It was very important for us to help these people coming from the system and break the cycle of mass incarceration.” Since opening in March, lines have frequently been around the block.

New Yorkers love a tasty oyster. So much so, that in just 100 years the restaurant industry completely devastated the once-thriving oyster population in New York Harbor. The city is also highly vulnerable to hurricanes and the effects of rising seawater. Those two issues are what led to Living Breakwater’s Billion Oyster Project — an initiative to rebuild oyster reefs that provide habitat for hundreds of species and can protect New York City from storm damage by reducing flooding, lessening the impact of large waves, and preventing shoreline erosion. They also filter the water.

To build these natural reefs they need oyster shells, and lots of them. That’s where the restaurants come in. Dozens of New York City restaurants have been donating their oyster shells to support the efforts. The shells provide the hard structure necessary to build a reef and can be seeded with oyster larvae to help rebuild the population.

When finished, the project will result in nearly a half-mile of partially submerged natural reefs covered in oyster shells. As the reefs grow, they’ll help control flooding and coastal erosion while providing new habitat for abundant aquatic life.

The city of Greensboro, North Carolina is issuing a week-long challenge to its local restaurants to reduce food waste. During the challenge, participating restaurants will commit to tracking food waste, donating leftover food, composting, and recycling. The goal is to bring awareness in the restaurant industry, as well as to the citizens of Greensboro, that we can all help eliminate food waste.

Participating restaurants include Cille and Scoe, Crafted, Deep Roots Market, Jerusalem Market, and Natty Greene’s. Each of these businesses will each receive a compost bin from Gallins Family Farm and will track food waste throughout the week.

“In Greensboro we are working hard to become a more sustainable city but to do that we need more than electric buses. We also need to focus on reducing food waste in our community and improving food recovery,” Greensboro Mayor Nancy Vaughan told Greensboro’s local publication Yes Weekly. “Every year tons of food waste is added to our landfills when that food should be donated to feed the hungry or used for animal feed or composting. The landfill should be a last resort.”

Check out our collection of restaurant industry blog posts to help you manage your full-service or quick-service business. From online ordering to contactless payments to managing employees, we’ve published many articles to help you extract the most value from your restaurant.