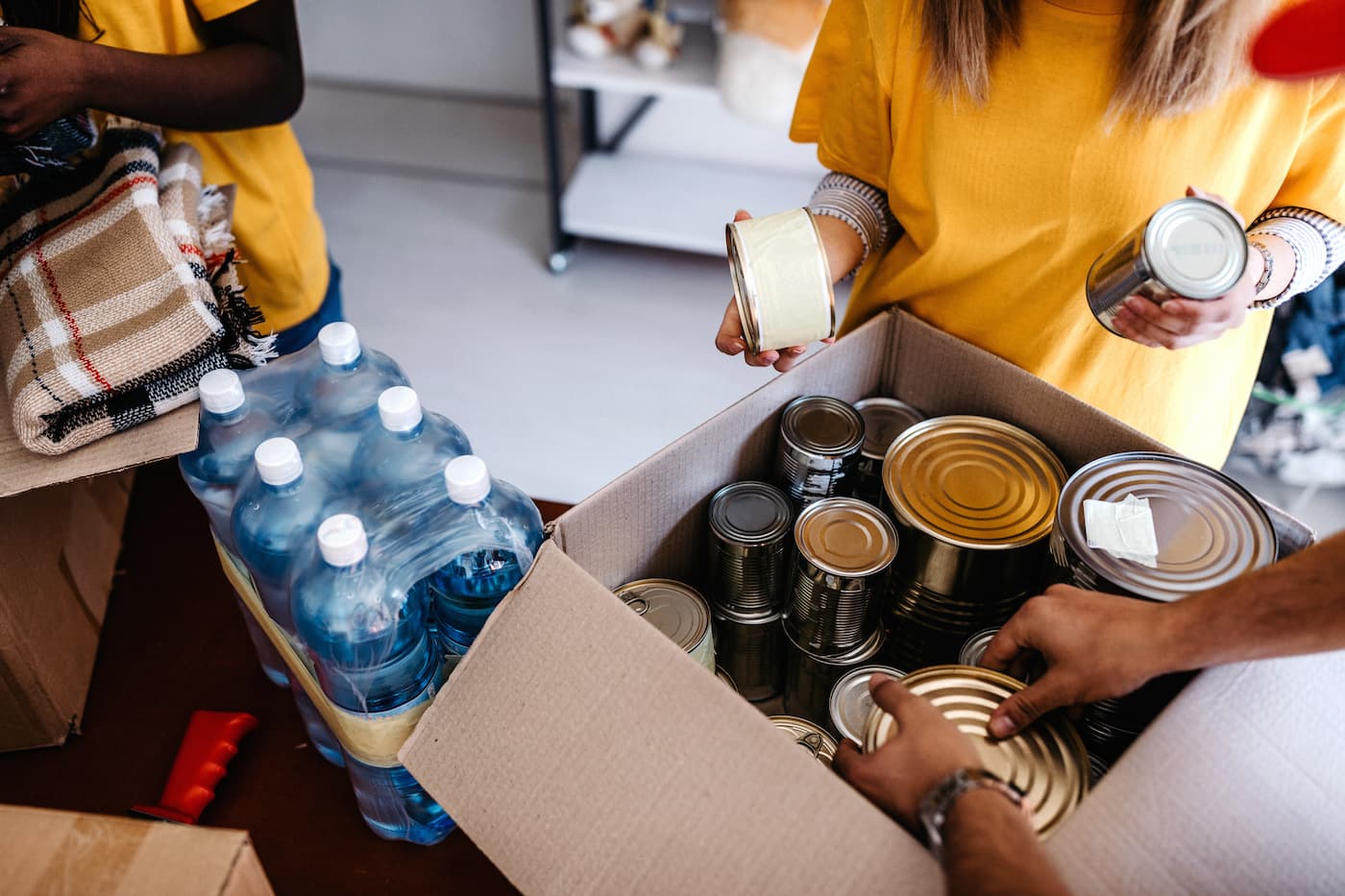 Russia’s invasion of Ukraine has caused a massive refugee crisis, a string of humanitarian tragedies, revelations of atrocities and above all, an immense need for help. All around the world, people have stepped up to help Ukraine by raising money, donating food and supplies, and even taking in refugees.

Naturally, the small business community has been right there with them, using their platforms and deep connections to local communities to drum up energy and support for Ukraine. Whether it’s a fundraiser, clothing drive, special donation, or campaign to raise awareness — small businesses can have a unique and powerful impact in times of crisis. These businesses around the country have gone above and beyond when it comes to raising money and awareness for Ukraine.

World Central Kitchen is a non-profit founded in 2010 that provides hot meals to people in the wake of natural disasters and other crises. WCK is already on the ground in Ukraine, taking on the dangerous work of providing hot meals in the middle of an active warzone. It’s so dangerous, in fact, that one of their partner restaurants was recently destroyed by a missile. That’s why they need all the help they can get.

Popular Austin eateries Pancakes for Peace and Shortie’s Pizza donated portions of their profits to World Central Kitchen along with other organizations helping people on the ground in Ukraine like United Way and the International Fund for Animal Welfare.

“It kind of fell in my lap and I was like, absolutely, we have to help out,” said Thao Roth, co-owner of Smokin Beauty, a Vietnamese BBQ restaurant in Austin that also helped raise money for WCK. “I think for the Asian community it definitely hits home, a lot of us, our parents are immigrants; I was first-generation born here.”

A children’s clothing store in California donates clothing and supplies

Calakids, a children’s clothing store in Calabasas, Calif., has teamed up with a nonprofit to collect and send donations of clothing, diapers, baby formula, feminine hygiene products, and other essentials to Ukraine.

The owners, who were both born in Ukraine, first started collecting items themselves, and then put out a call to the larger Calabasas community via Instagram for donations. “It just blew up, it became this huge undertaking,” said store co-owner Nelly Cobos to ABC7. “We got so much support from our community and friends and vendors, and I mean the outpouring of love has been absolutely overwhelming.”

According to an Instagram post, the store ended up with a truck full of donations — thousands of pounds and hundreds of boxes of supplies — all for the people of Ukraine. They also set up an Amazon wishlist for people who want to donate but can’t make it to the Calabasas donation center. “This is beyond the support of our birthplace, a place where our hearts will forever be,” the owners wrote on Instagram. “This is in support of a free society, a modern democracy, one in which is led by a modern-day hero.”

Washington, D.C. bars and restaurants get creative with their menus

For obvious reasons, Washington, D.C. is a hub of political action, protest, activism, and generally speaking out. That’s why the list of D.C. Bars and Restaurants that are raising money for Ukraine is long and continuing to grow.

Olivia Macaron in Georgetown created a “Support Ukraine” gift box filled with blue and yellow macarons that are lemon meringue and blueberry cheesecake flavored. Through sales of the gift box, Olivia Macaron was able to raise $1,235 for World Central Kitchen. Korean-American restaurant Magpie and the Tiger has started offering a “Pro-Ukrainian Democracy Honey Cake” with all proceeds going to Red Cross Ukraine.

What you can do

To help you take on your own version of these inspiring ideas for helping Ukraine — or any charity of your choice — Clover makes it easy with several apps. With the Donate at Checkout app, merchants can pre-program a list of charities and suggested amounts to encourage larger donations, or use the round-up feature. You could even attend an event and use a Clover Mini as a donation box using Donate Here.

Check out these other tips for connecting with your cause, too.