Green-thumbed entrepreneurs share their wisdom on growing a business 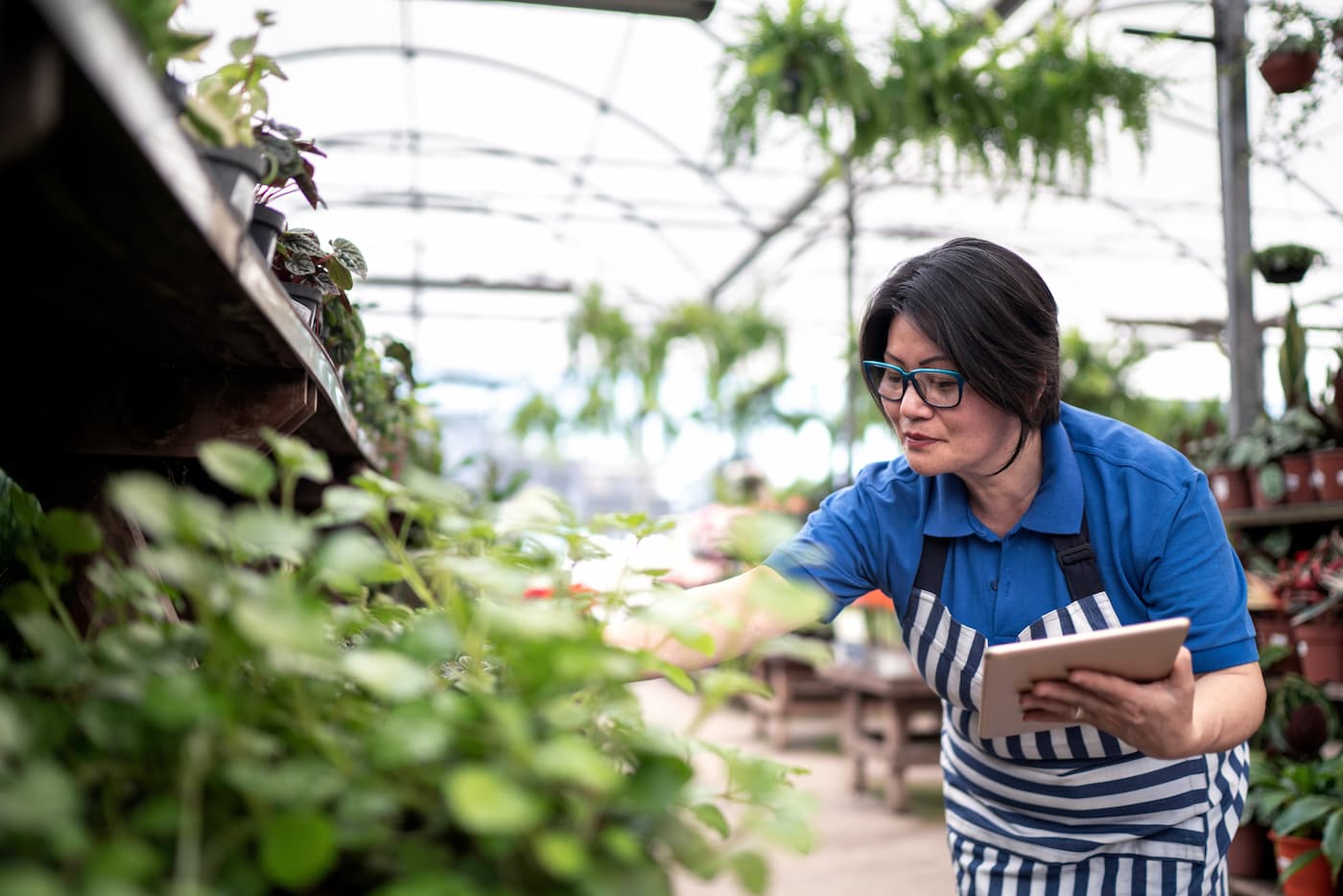 The pet-loving millennial has become a pop-culture archetype. But the 18-to-34-year-old set is equally passionate about quieter, greener companions.

“Plants are the new pets!” declare headlines testifying to millennials’ enthusiastic plunge into plant parenthood. Americans spent more than $50 billion on lawn and gardening in 2019, according to the most recent, pre-pandemic data from the National Gardening Survey; millennials accounted for a quarter of that outlay, with plans to spend even more. Online plant delivery services like Bloomscape market directly to millennials seeking to brighten up their living spaces and fill their flora-fancying Instagram feeds. “Plants really fit into this different life stage,” Bloomscape founder Justin Mast told Money.com.

Despite some recent slowdowns in the industry stemming from the pandemic and global supply chain disruptions, plants and flowers hold an appeal that is, shall we say, evergreen. Below, four green-thumbed business owners share advice for entrepreneurs of all types on how to nurture your business like a well-tended garden.

Root yourself in the community

When Julie Rubaud started Red Wagon Plants in Vermont in 2005, the vision was relatively small. It was a seasonal business, open from April to June, and operated out of three small greenhouses. She also sold only wholesale to select clientele. In 2007, she switched things up and became a retail operation.

That’s when things started taking off, with annual sales increases of about 14%, Rubaud told the U.S. Small Business Administration. “Red Wagon is known as a place that pays well and has a fun, family-like work environment. The mission of the business is to help people succeed in the garden as well as to help employees succeed in their work lives,” Rubaud told the SBA.

The growth of Red Wagon Plants has allowed for deeper engagement in the local community. Rubaud, who was born in France, has always loved the idea of a productive kitchen garden filled with herbs and vegetables. So she started offering classes and workshops at Red Wagon like Planting for Summer Salads and Preserving the Tomato Harvest. The idea of growing your own food is quickly rising in popularity in America, and Rubaud says she’s already noticed an increased demand for planting workshops in recent years. On top of that, Red Wagon Plants fosters its community connections by regularly donating to organizations like the Shelburne Community School, and the Burlington Area Community Garden Network.

For 10 years, Amorette Brooms owned the 200-square-foot Queen Boutique in Los Angeles. In 2020, when the COVID-19 pandemic shut down the city, Brooms feared she would go out of business—until she made a bold move, she told Spectrum News 1.

When the city announced it would allow flower stores and nurseries to re-open for Mother’s Day weekend, “I decided to sort of reinvent my store into a flower shop for the day,” she said. Brooms went to L.A.’s Flower District, bought flowers wholesale, fashioned her own bouquets and started selling them on the sidewalk. It was a risky maneuver, but one that paid off. “I sold out of them luckily, but I was nervous the whole time that if I didn’t sell them, then there goes my money.”

And so a new business was born. Queen Boutique fully pivoted away from retail fashion and is now a thriving plant store catering to south L.A. Brooms employed her entrepreneurial spirit and dove into her new industry head first, forming relationships with nurseries and wholesalers, and reaching a new swath of customers in her local community. “It’s just been incredible,” Brooms told Spectrum News 1. “We’ve met so many people and we feel like we built a community within our community of plant lovers.”

Brooms has some advice for small businesses facing tough times. “Big businesses are failing and not knowing how to adapt to this new reality, whereas small businesses, we might not have all the resources, but we can move on our feet quickly and we can change and adapt,” she said. “I just think that anybody who has a good idea should just go for it now.”

Jennifer Oosterhoff never thought she’d be an entrepreneur at all, let alone end up in charge of her favorite local flower shop. “My parents were entrepreneurs when I was growing up,” she told Clover. “And I always thought, ‘That is not the life for me.’ I don’t want to take it home at the end of the day.”

But when the pandemic struck and left her unemployed, Oosterhoff needed a new plan. While scrolling through social media one day, she discovered that 3B’s Flowers, a local favorite in her hometown of Stony Plain, Alberta, Canada was up for sale. “I sent it to my mom as kind of small town gossip, and she’s like, ‘you should actually look into that.’ Less than a week later, I made an offer. And here we are now.”

After taking over 3B’s, Oosterhoff worked to put her personal stamp on the business by overhauling the aesthetic, and expanding e-commerce options for younger customers. But she also wanted the shop to maintain the original charm that made her fall in love with it in the first place. As a newcomer to both the plant and flowers business and entrepreneurship itself, she leaned heavily on feedback from legacy employees. “I’ve been through change of ownership as an employee, and I know how hard that can be,” she says. “I wanted to do it in a way that was authentic to me, but also not completely turning their world upside down in a way that would stress them out. And taking a lot of their feedback, so that they’ve felt heard.”

The result: a newly modern boutique that maintains its distinct local flower shop feel. They’ve expanded into giftware as well, partnering with local artisans to offer unique gardenware items, a move Oosterhoff says has fostered good local relations. “That way,” Oosterhoff says, “instead of clawing for the same market, we can actually build each other up.”

Jay’s Flower Shop and Wholesale has been a Detroit mainstay for over 38 years. The secret to that longevity is the pure passion of the man behind the operation — Jay Smith. “I was a novice at the time I entered into it,” Smith told Good Life Detroit. Working at his uncle’s flower shop as a young man, he discovered a talent for floral design and nurtured a dream of starting his own business.

When he sought to open up his own flower shop in the 1980’s, he was denied a business loan three times, he told Good Life Detroit. So he saved up all the money himself. “It took me two years to build the building,” he said. “I had to build it out of my pocket.”

Through it all, Smith has been guided by his passion — not only for floral design, which he has taught at Wayne County Community College since 1989 — but also for business. Thanks to his keen entrepreneurial sense, Smith’s business has managed to navigate major shifts in the industry, and compete against big retail players.

After all these years, Jay’s Flower Shop is a beloved institution with deep roots in its East Canfield neighborhood and the city of Detroit. That love goes both ways. “I didn’t build it for me. I built it for the community,” he told Good Life Detroit. “I wanted us in this neighborhood to have something nice… and it was important that this got built because now you can see that this is what you can do.”