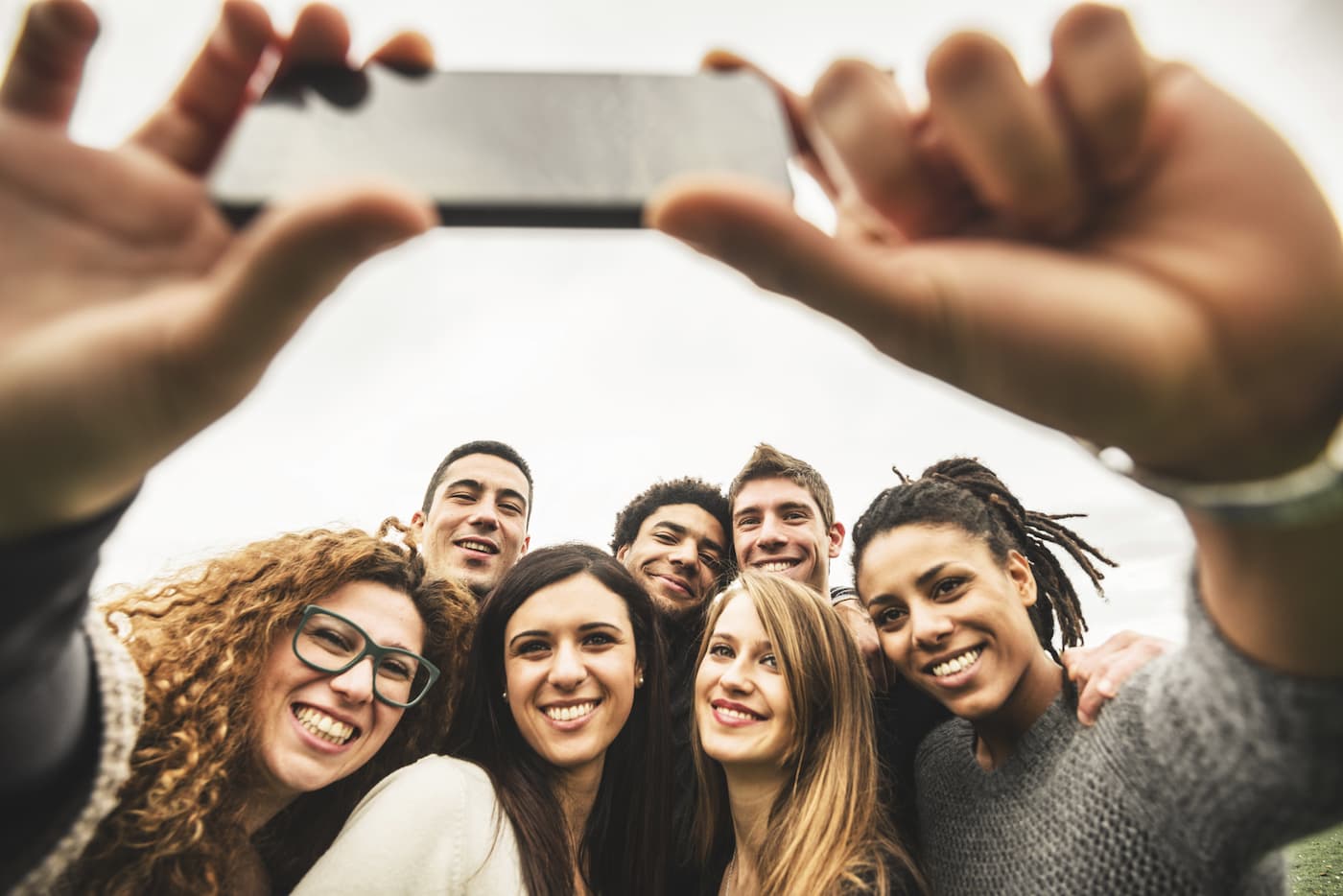 TikTok. Twitter. Instagram. Facebook. Depending on who you are (and how old you are), one or more of these social media platforms has likely transformed how you get information, share stories and stay connected to the world. Even if you have broken up with, or never even flirted with social media, it’s a good bet many of your family and friends are in committed, long-term relationships.

And where people—also known as customers—go, business follows. Critically, the Covid-19 pandemic and lockdowns of 2020 forced thousands of merchants onto social media to survive, and now it’s a permanent feature of their business. According to a Small Business Marketing Statistics and Trends (2021) report from Fundera by NerdWallet, 96% of small businesses say they use social media in their marketing strategy and 41% of local businesses depend on social media to drive revenue, according to the report.

Cracking the code on social media is as much art as science. But these businesses below—often after trial and error—are crushing it on their social platforms, reaping the rewards and sharing lessons they’ve learned along the way.

When Carpet Repair Guys first posted videos on TikTok, owner Josh Nolan created 15- to 20-second videos showing him on the job, patching and cleaning carpets — heavy on process, light on personality. Then the founder of the Bay Area carpet service started talking to his audience, and his TikTok presence took off.

“I started seeing some other videos where I was talking do better with the numbers,” Nolan told TikTok. “So then I just started talking more, and then that’s kind of my format for the most part now.” He also gained traction by leaning into popular video trends like ASMR (autonomous sensory meridian response), with sights and sounds that tickle your senses, and the “Oddly Satisfying” genre.

Starting with a couple thousand views in 2020, Carpet Repair Guys is now a TikTok Jedi, with more than 800,000 followers and 22.5 million likes. Nolan’s viral success has driven new customers to his business, and he says that at least every other day, one of his customers says they’re familiar with his TikTok. “I definitely am counting my lucky stars there and am very fortunate to have that happen,” he told SF Gate.

Nolan narrates all of his videos with an easy charm, replete with dad jokes. “I learned the trade from my dad,” Nolan told TikTok. “He was always making jokes. Carpets and just having a good time go hand in hand, even with all the manual labor. So it’s just what I know, it’s who I am.”

When Fishwife, a company that sells tinned fish and other seafood, launched in December 2020, it had a few things in its favor. The fish was locally and sustainably sourced, and founder Becca Millstein had developed relationships with key culinary influencers. But more than anything, Millstein credits Instagram and the visual branding of her product with the company’s success—with a modest following of 28,000 followers, revenue increased sixfold the first year, Millstein said.

“Between the name and the visual of what it was going to be, it just kind of struck a chord with consumers very, very quickly,” she told Morning Brew. The vibrant and colorful packaging, along with the female-centric (owned by and marketed to women) and sustainable aesthetic were a perfect fit for Instagram. “We make responsible sourcing decisions, because that’s table stakes these days,” Millstein told Morning Brew “Our primary branding strategy is much more about messaging deliciousness, humor, exuberance, artfulness.”

Kibitz with your customers

Like many modern businesses, Flyest Tea (formerly known as Ivy’s Tea Co.) doesn’t have a physical location. Instead, founder Shanae Jones has an entirely digital business model, from e-commerce to marketing to new customer prospecting. She takes it a step further, though, by using social media to crowdsource ideas for new tea offerings.

By utilizing the polling features of Instagram and Twitter, Jones can survey her customer base and collect hard data on the products they might like to see. “I’ll post on my Instagram stories and ask, ‘Do you feel more fruity or more floral? Are we looking for something more earthy or more citrusy?’ People will help me create a blend, literally all aspects of it,” Jones explained to Eater.

She estimates that as much as 30 percent of her store’s offerings have started with ideas from her customers, sold as limited-edition monthly release flavors. “That’s similar to your local neighborhood store,” she told Eater. “My customers know they can give feedback and it can end up on the market.”

Get inspired by others

Jhyll, the owner of Organic by Glitter Friends found success for her organic skincare and lifestyle brand by scrolling through TikTok. While unfamiliar with the platform at first, she jumped in and started taking note of the different types of content to figure out what would work for her brand.

Glitter Friends’ TikTok content features Jhyll talking directly to the camera about all things health and wellness, usually employing TikTok’s Green Screen effect. It’s authentic, natural and highly engaging, which is why she’s been able to grow the account to more than 750,000 followers and 11.6 million likes. What’s more, since TikTok makes all content highly discoverable, Jhyll’s content has led directly to an uptick in both local and international sales for her online store.

One of the great advantages of social media is that you can experiment in real-time, and optimize your content as you go. Felicia Ip, founder of the Etsy shop Designs by Feliecias, has more than 110,000 followers on TikTok, and viral videos with millions of views.

But she achieved those triumphs through trial and error—engaging directly with her audience in the comments section to zero-in on the type of content they preferred. The more she learned about her specific audience, the more she realized that many of them were small business owners and entrepreneurs interested in behind-the-scenes peeks inside her business. She evolved her content to deliver just that.

Her advice to other business owners: Keep experimenting until you succeed. “You have to pay attention to what content gets the most response and engagement from your audience,” Ip told Later. “Everyone grows differently on TikTok — it only takes one video to blow up.”