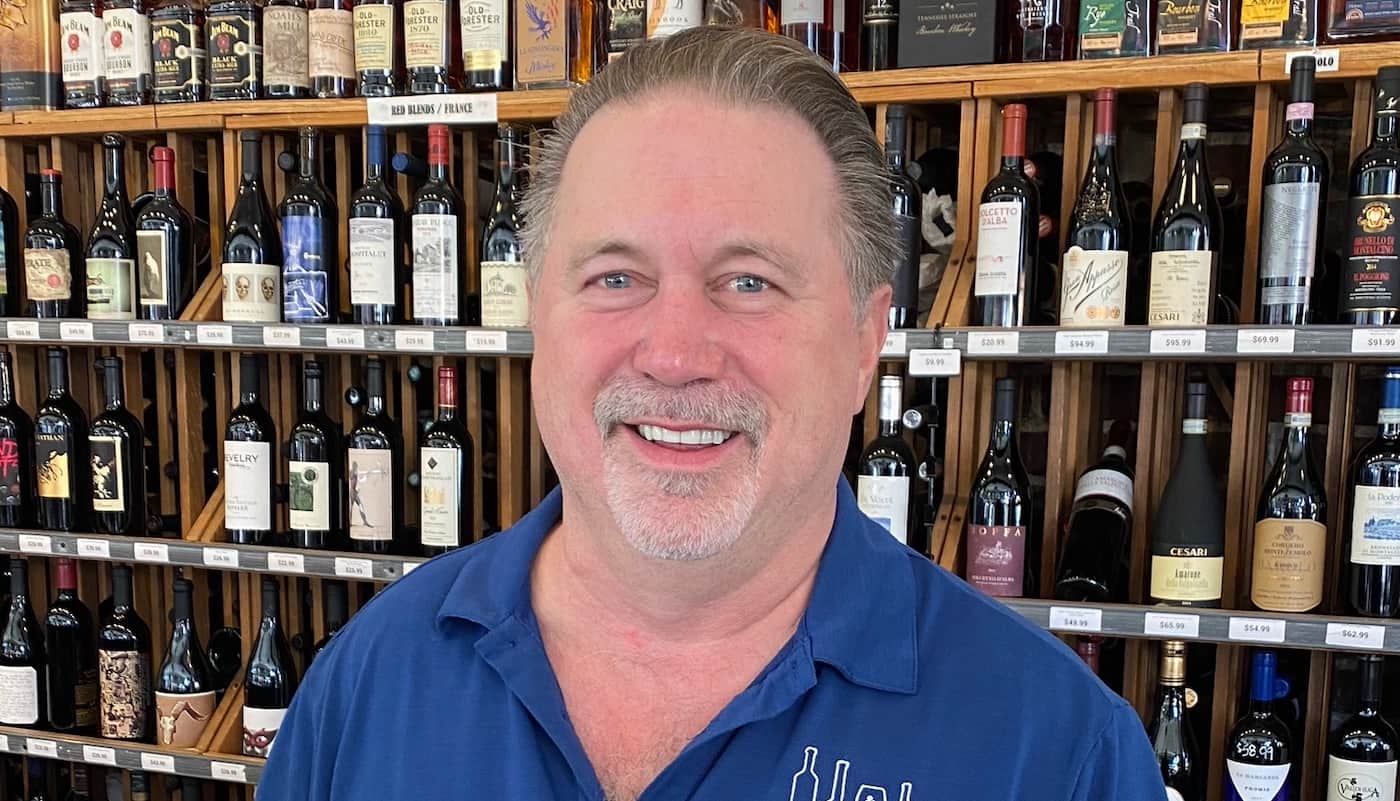 In this installment of Meet the Merchant, we speak to Todd Delaune of The Red, White & Brew in Hammond, Louisiana. Delaune talks about taking over an existing shop, how Clover has helped him grow a combination retail/hospitality business, and navigating the pandemic successfully.

We came along in 2012 after falling in love with the city of Hammond. I was really interested in opening a wine shop, but unfortunately the city wasn’t giving out new liquor licenses anymore. I have zero background in alcohol, spirits, or tobacco. I just had a love for red wine. Whenever I would get off work on Friday, a friend who was a wine distributor would invite me over to try wines. I would sponge knowledge off him, and I fell in love with wine. That’s why I wanted to do something beyond just sipping wine on Fridays: I actually wanted to own a shop.

Amazingly, we have managed to grow our business volume by five and a half times since we bought The Brew.

Clover: That is awesome. Tell us what it was like to take on a business with an existing customer base. How did you achieve that growth?
Delaune: First, we realized the original Red, White & Brew was limiting its sales potential with its opening hours. They would be closed on Sunday—by law, which we were later able to get overturned. But, they would close early on Saturday, like 9PM or 8PM. Weekdays, the bar would close at 10PM.

The first thing we did was to stay open later, which grew our business by 30%. Then, because this is a college town and this particular school doesn’t have class on Fridays, we decided to open until midnight on Thursdays, Fridays, and Saturdays. That gave us a nice increase in business.

We also remerchandised to bring in products that our customers could understand. The original bar was selling grocery store wine at boutique prices. Now, we merchandise by varietal. So the first section is red wines: everything alphabetically left to right. Price point high at the top, low at the bottom, so everyone can understand how to shop and easily find products.

Right around the time we bought RW&B, the craft beer craze was starting to take off. We took our selection of beer—about 200 brands—and expanded to over 1,000 different choices. We did the same thing with wine. We have about 1,500 different choices of wine now. As customers would come in, we taught them about the products, and that’s what kept everyone coming back.

Clover: What are some of the challenges of running a bar or service business alongside a retail operation?
Delaune: The initial challenge was in finding a POS system that could handle both retail transactions and bar bills—one that combined hospitality and retail. We inherited an old computer that the original owners were using to manage sales/transactions. It was slow and inflexible, and we couldn’t process payments fast enough.

The first solution we found was unable to cover both the hospitality and retail sides of our business. Literally, right about that time, Clover was hitting the marketplace. Our bank told us about Clover, and we’ve been with you guys since the beginning.

Clover: How do you use Clover products at your business?
Delaune: We’ve moved several generations forward with the Clover system; as Clover has evolved, we’ve also upgraded to the newest equipment. We were probably one of the first accounts in Louisiana that had the Station Pro installed. We have a Flex for our tasting room to help us track sales differently. We also use a Flex for patio service—we have about 30 seats outside and the bartender can use the Flex to take orders and payments at those tables. I like the Flex a lot.

We use a lot of apps, too—that’s been the biggest win for running a combo retail/hospitality business. I found an app by Seven Spaces called Stock. That was the app that I needed to do everything that I wanted on the Clover system. I’ve been using both Clover and Stock since we bought our first system and installed it. And together, those systems are pretty much miraculous.

We have used Homebase since day one, and I pay them for the fully-fledged program. That’s wonderful too, because I can look at not only sales but also labor, labor costs, and all of those things at a glance.

I use Ping Me so that whenever sales are rung up, if somebody rings up a sale over a certain dollar amount or if they’re tipped over a certain percentage, or if they delete an item, I can have that system send me an alert. Then the beauty is that I can just click the alert on my phone, look at the actual transaction receipt, and find out what’s going on. It gives me lots of flexibility, lots of control, and lots of connectedness to the business.

Clover: That’s great to hear. Tell me about what the pandemic has been like for you.
Delaune: In Louisiana, all bars were mandated to close. Fortunately, we’re also a retail operation: we were able to stay open as long as we didn’t sell cocktails or drafts. We covered up the bar and became a bottle shop. That side of the business carried us through this crazy, crazy time—we actually managed to post a modest gain over 2019’s numbers. We are extremely grateful for our amazing customers who insist on supporting local business.

I can’t say enough how incredibly fortunate we were. Our bartenders became salespeople, and they figured out how to sell wine.

Clover: What advice do you have for other business owners?
Delaune: When people ask me, “how do you guys get to where you are now?,” I joke that the answer is deep, philosophical, and you have to be really intelligent to understand it. The answer is this: Do what the customer asks. It’s really that simple.