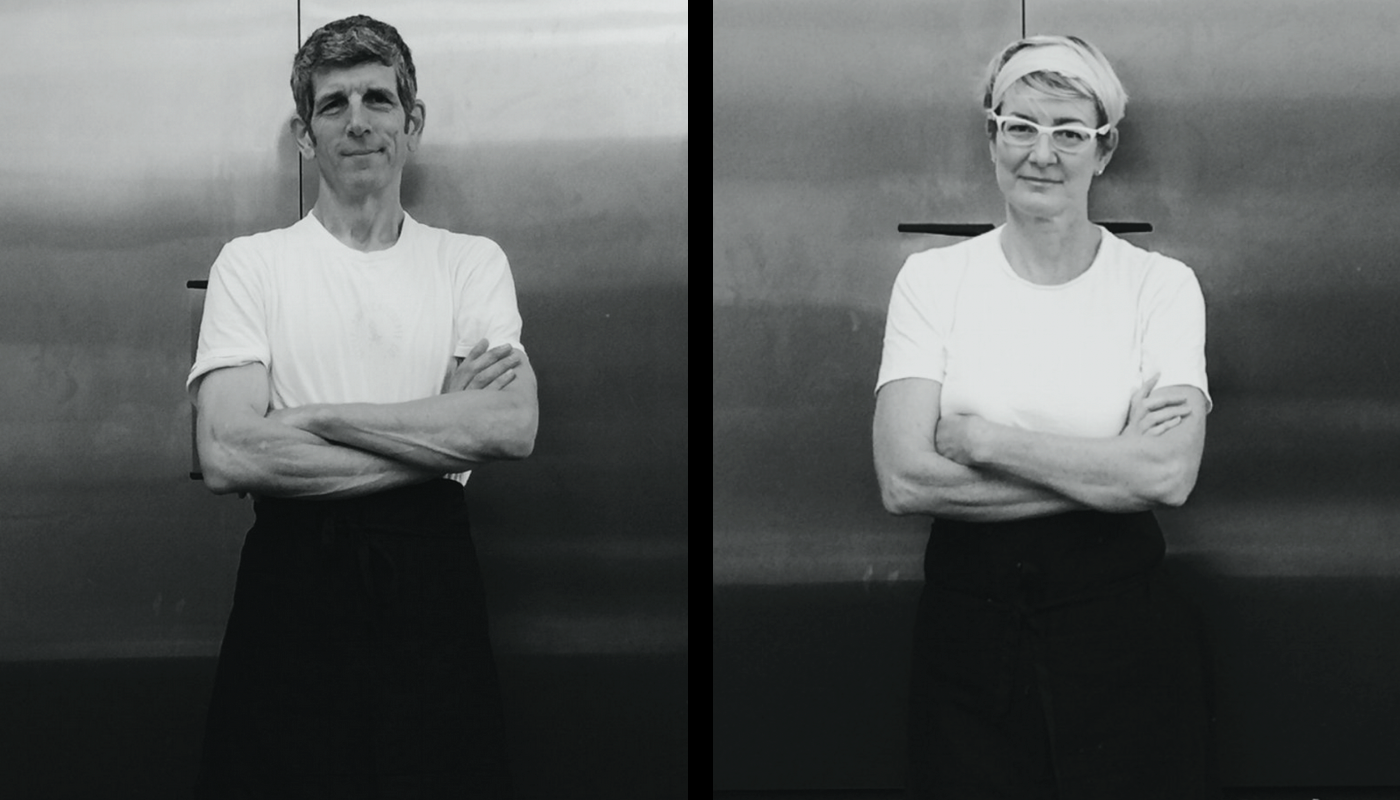 In this installment of Meet the Merchant, we speak with Callie Neylan and Will Dixon of Bellflower Chocolate Co. in Seattle. They discuss how they developed their artisan process for their single-origin chocolate milks and other single-origin chocolate products. They also explain their retail strategy and how they utilize Clover to manage inventory while at markets in the city.

Clover: Callie, you have a graphic design background, and Will, you have an engineering background. How did that lead you both to chocolate?

Callie Neylan: Will and I wanted to start a business. We were passionate about food, coming back to Seattle after five years on the East Coast. And so we were like, what about chocolate? We knew there were a lot of craft chocolate makers, but thought maybe we could do something different. We asked what other chocolate products are out there that haven’t been innovated on? And we settled on chocolate milk.

If you look at any of the chocolate milks available in mainstream grocery stores, who knows where the chocolate comes from. It’s probably the cheapest cocoa powder they can get. Sometimes dairy farmers will make chocolate milk with single-origin dairy, but it’s still not chocolate forward. So we thought, what if we use really good chocolate plus really good milk? So we source our milk from small Jersey cow dairy farms in Washington state.

Clover: What about the technical side of chocolate making? What kind of machinery is required to make chocolate?

Will Dixon: Quite a few pieces, actually. As chocolate makers we are, in essence, manufacturers. And manufacturing requires a lot of equipment. We’ve retrofitted a large commercial chicken rotisserie machine and had a custom drum built for it for roasting our beans. That allows us to roast large quantities at once. And it allows us to have a lot of different profiles in one machine because the roasting is a critical part of where the flavor gets developed in chocolate. Once the beans are roasted, then we need to crack and winnow them. So, we have a small winnowing machine that we use to crack the beans. It’s a machine that has a set of steel rollers that breaks the dried beans open. You dump the beans in and crack them. Then we put the cracked beans with all the husks through the winnower, which separates the usable parts of the cacao from the shells.

The next step involves a melanger, which is basically a big machine that has a drum and the drum has a pair of stone wheels that turn on another flat stone surface—a very, very simple design that’s been around forever. We put the nibs in and run them for several days until we get a molten mass of chocolate liquor. And then the last step includes, if we’re going to make bars, for example, our tempering machine. The tempering machine is a way to create the proper crystallization in the chocolate. Chocolate has several crystal stages. As you heat it, you take it to a specific temperature curve. And then once it’s reached the proper temperature—which takes an hour or so—we then put the chocolate into molds.

Clover: You have a commercial kitchen and then operate a small retail storefront out of it—how did that develop?

Will: Prior to Covid, we were getting really close to getting our own retail space. We had been doing our local farmer’s market. But then, we decided—this was Callie’s great idea—that we could just make the most of our commercial kitchen by adding retail space there. The city of Seattle had just changed regulations making it easier for small businesses to operate in residential areas, so we jumped at the opportunity. Our kitchen has a roll-up door that opens onto the alley. So we put our sign up on the side of the building—a really nice permanent sign—and advertised the days and hours that were open. We literally just roll up the door. We built a nice retail backdrop. It’s worked really well.

Clover: How did you decide to use Clover for your payments processing and how did you settle on your machinery?

Callie: Initially we went with [another provider] but we switched to Clover because [the other company’s] customer service was really bad. We had a couple of farmer’s markets where we had one of their readers and it just would not work. It would not connect. And so then we were stuck there and we had to manually enter everything. And we would call them and we would just be put on hold for like an hour. We’re just like, you know what, forget it. We don’t have time for this. That was what prompted us to switch to Clover. And so we ordered Clover Flex, which has been really, really nice for us because our employees can use it as the point of sale. And I also really like that customers are really comfortable using it.

Will: The other thing that Callie did with the Flex that she’s being somewhat modest about that I thought really worked well is setting up our inventory in terms of classifications and so forth. Because when someone comes to our booth, let’s say they might buy one of several classes of product. We have confections, we have bars, we have our beverages. So if it’s a beverage, then Callie was able to set it up so, “What kind of beverage was it? Was it one of our plant-based or was it dairy-based? OK, among those, was it one with a botanical infusion?” Because we do that too. And Clover’s inventory mechanisms for setting all that up work really well.

Clover: Are you thinking about expansion from a brick-and-mortar standpoint?

Callie: Farmers’ markets are a lot of work, and our business model is not to be at farmers’ markets. I think going forward, we want to focus more on what we call Brama Bar. That’s our retail corner. We’re going to focus on that and kind of iron out the kinks of retail and of running a retail space with a longer-term goal of opening a retail store.

Clover: Since you live in the same space where your kitchen and store is located, that can save some money, right?

Callie: Yes! Our last trip before Covid was to Vietnam. And in Vietnam it is very common to integrate home-work-life balance via work-home existence. Many of the houses in Vietnam have a retail space on the ground floor with living space above. A lot of it is restaurants where they sell a single item like pho or banh mi, and then they live upstairs. When we were there, we thought, “Wow, that’s so scalable, number one. And it just seems like it makes so much sense.” There’s a much tighter integration between their business and residential areas. So now that’s kind of what we’re doing here. And I think it’s kind of moving towards a different model of capitalism that is more socially conscious—a way of living that fosters more humanity.

Will: And it’s more about community as opposed to moving to some big shopping mall in the middle of nowhere and having people drive to it.