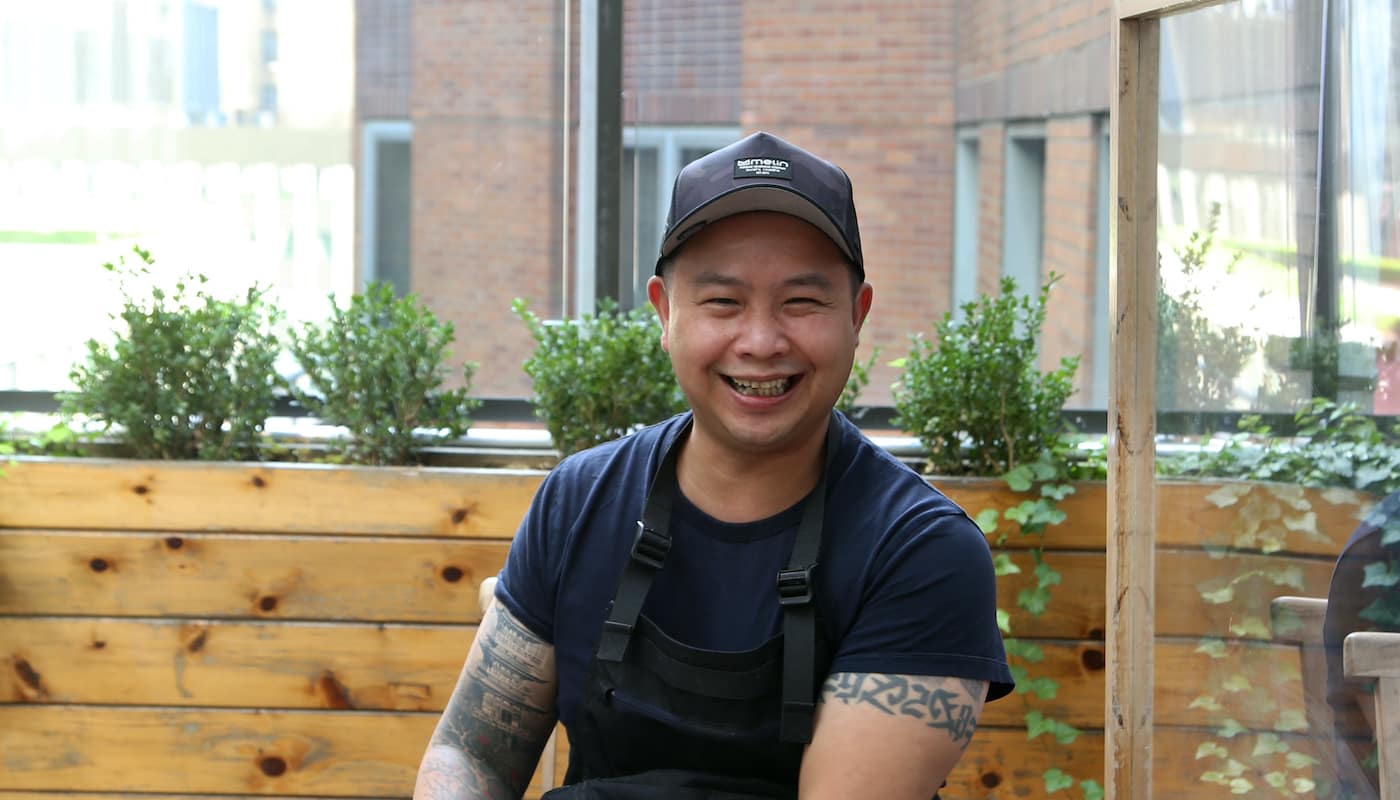 Our Meet the Merchant series features Q&As with real-world Clover merchants. Read our full catalog for innovative ideas and real-life stories of small businesses in action. In today’s installment, we talk to Jeremy Poon, VP of operations for Sanctuary Hotel and the Managing Director of Sushi Lab in New York City. Located in the heart of Times Square, Sushi Lab offers a variety of dining options featuring omakase and other Japanese delights, as well as cocktail creations. Jeremy shares his experience in the food and hospitality industry, why Clover is the right POS for him, and how he launched a successful new venture in the midst of a global pandemic.

Clover: Hi Jeremy! Can you tell us a little bit about how Sushi Lab came to be?
Jeremy Poon: I work for Sanctuary Hotel, and Sushi Lab started as a way to meet the needs of our guests. It actually began with our employees discussing how there weren’t good, everyday sushi options here in the Times Square area. It felt like everything was priced at a point where it was not something one could afford on a regular basis. Fortunately, the owners of the Sanctuary Hotel, Hank and Brandon Freid, love sushi and always believed in creating better guest experiences. They presented a space in the corner of the lobby that was formerly used as a concierge. We took over that space and created counter seating for eight to try the everyday sushi concept. We’re surrounded by a lot of corporate businesses like TV stations, banking, and financial services offices in addition to all the theatres. So, we wanted a place where people could choose between a quick bite and a full dining experience.

We were particularly excited to offer omakase [a tasting menu of fresh sushi curated by the chef], but it’s usually an expensive experience with a large number of courses. So we began offering a $50 Omakase, even though in most sushi restaurants it can be hundreds of dollars. We kept our other options open as well: cut rolls, hand rolls, sashimi, whatever the guest prefers.

Clover: When did you expand from the lobby to the roof deck?
Poon: The lobby portion opened in February of 2019. When Covid hit, everything had to shut down. We focused on takeout for Sushi Lab. And at that point, we didn’t know how comfortable people would be with eating raw fish. To round out our menu, we started creating additional items that were cooked. It became fusion. Since our concept is a modern take on traditional sushi, it gave us license.

We did exclusively takeout business for quite a while until it was announced that we could open up with outdoor seating. Hence, we decided to use the rooftop space that we were previously using for events. We already had a bar/restaurant on one of our roof decks (Haven), so we used the second space to create Sushi Lab as a full service dining space. There was a lot to consider—in the summer it can get quite hot and we wanted to make sure we could control the temperature of the fish. Most importantly, we also wanted to create an environment where people felt comfortable and safe. We focused on a surrounding that promoted beauty, life, and well-being, which is why we decided on an outdoor garden vibe with lots of florals.

Since we opened our reservation books on July 1st, we’ve been sold out almost every single day.

Clover: What made you choose Clover as your point of sale?
Poon: Well, we were using one of your competitors in our other restaurants within the hotel, to be honest. But when we first opened as just a sushi bar in the lobby, we wanted something simpler, cleaner, and a lot more user friendly. I was buying myself a drink at a new coffee shop that used Clover, and I was impressed. It was very convenient. I looked into the Clover system and it seemed very easy to use. Especially with the handheld devices, it made me consider how we could bring the service to the customer.

Clover: That’s great to hear. How do you use your devices to accomplish that?
Poon: We have a Station and a Flex. Before, in our lobby space, it was such a small area that we could use either. The deciding factor was just if one of the devices was being used by another server. Now, with the new rooftop, we bring the payment system right to guests, they don’t even have to get up. They can cash out right at their table, which minimizes foot traffic when we are trying to keep people socially distant.

We also installed Clover Dining, which has really helped us. Since the seating map is customizable, we have been able to adjust it for distancing, knowing that we can easily add more tables again when it’s safe.

Clover: Why do you think Sushi Lab has been able to flourish in this difficult time?
Poon: We have a really strong social media following, especially on our Instagram page. We’ve also retained a lot of our regulars. They have been very supportive during the pandemic, ordering takeout from us regularly. Very often, I even made deliveries on my own, because we wanted to show the customers how much we appreciated their support. We stay in touch with them through our email database, notifying them of changes and new offerings. Honestly, a lot of people were just tired of being indoors and stuck at home. They were looking for a reason to just be out. We took the necessary precautions and the procedures to create a safe atmosphere. Along with the great food, drinks and service, everything else was just icing on the cake for them. They just keep coming back and we are grateful for it.