The Walk In and Neon Croissant 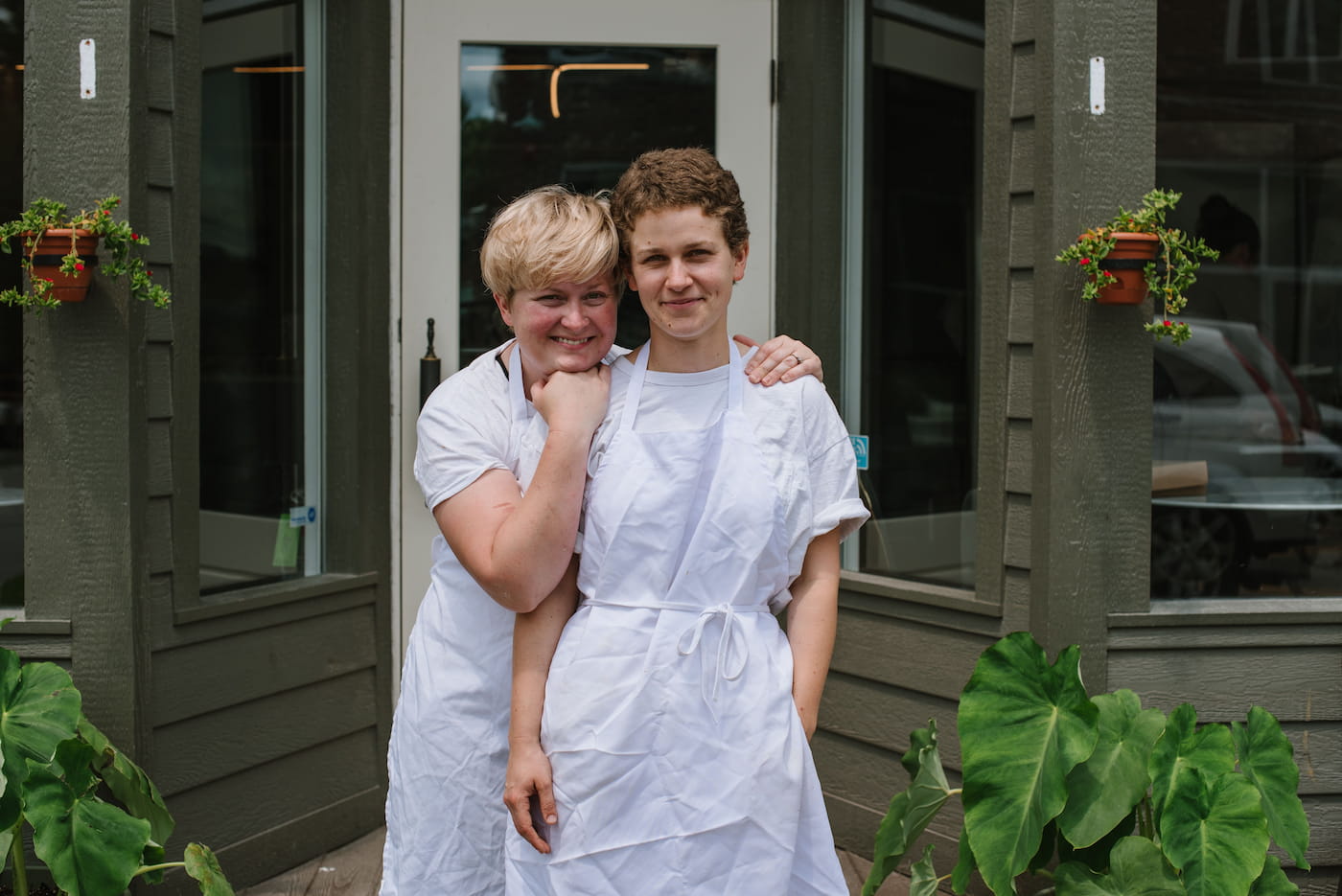 In this Installment of Meet the Merchant, we interview Erin Ellis, co-owner of The Walk In and The Neon Croissant, two popular restaurants in Livingston Manor, New York. Erin shares how she and her wife opened two new restaurants in the middle of the Covid-19 pandemic by adapting and being willing to just jump in and try new things.

Clover: Hello Erin! You guys are originally from Brooklyn right? What made you choose to move to Livingston Manor.

Erin Ellis: So, it’s kind of a serendipitous story. Our dear friend in Brooklyn ended up buying a house nearby and had been telling us “you need to come up, I think you would love it up here.” We finally ended up visiting for a weekend and we loved it. My wife found this little bungalow and we were just like, “All right, let’s just buy it, fix it up and we can just use it as a weekend home or rent it out or whatever.” We just loved it up here so much and every time we left to go back home to the city, we thought, “I just want to go back.” Neither of us needed to be in Brooklyn for work, so we just ended up staying!

Clover: That’s great! So tell us, how did The Walk In come about?

Ellis: I had always wanted to open my own place–that’s been my dream. My parents owned a restaurant in Kentucky, and I had worked with them since I was 11 years old. So, I knew that that was always the plan. My wife, Lily, and I were finally financially in a place where we could do something, so we started thinking more seriously about it. Lily was working at a restaurant as an assistant manager. Our landlord had come in and mentioned that she was refabbing this building on Main Street. She was looking for tenants, and it just kind of fell into place. We came up with this plan to open a French bistro on Main Street because there just aren’t any places to go out to dinner in Livingston Manor.

The pandemic hit two months after we signed a lease and had started working on the construction. We didn’t know what to do. So we halted construction for about three months because we couldn’t get anybody to work. And we took this time off—we didn’t even think that we were going to be able to open it. We just thought, “OK, well, it’s over.” But as the restrictions started to change and the vaccine started coming about, we started shifting our idea of what the restaurant would be.

We didn’t think that anybody would be able to eat inside a thirty-five person restaurant in a tiny little space that was supposed to be very intimate and close together. So we just went with it and switched gears. We decided it was going to be a fully take-out service. We reconfigured the whole layout and called it the Walk In, because the Walk In is literally in the space where you place your order at the register. We opened in February 2021. At the time, there were no seats inside at all; it was just grab and go. It’s kind of a funky little space, kind of weird, but fun. It’s a happy place. It’s cute and different, and we’ve really just had to build on what covid brought us, you know?

Clover: So then how did your other restaurant–The Neon Croissant–fit into this?

Ellis:  So in October of last year, as we were building out The Walk In and getting ready to open, the owners of the bakery directly across the street from The Walk In put their place on the market. A friend saw it and immediately called us and said, “We have to buy this.” First, we didn’t think that we would have anything to do with it and then we just thought, “You know what? We can do it!” Then for the next few months, I started researching and practicing making bread every day–really, really researching croissants.  I went to France to do some research, dove in, and committed. The Neon Croissant opened in June.

Clover: So, was this a big departure from your initial menu when you were conceiving of a French bistro?

Ellis: Yes! Baking is not my thing; I’m a savory chef. We were going to just do a very simple French bistro-style restaurant with dishes like steak au poivre and moule frites because we felt like there wasn’t anything like that in this area. There still isn’t! But, I’ll toot my own horn: we found some really incredible recipes, and we’re learning every day and making it happen. I think our pastries are pretty freaking good.

Clover: What is your wife Lily’s role in all of this? Is she a partner in the business? Does she have a background in food as well?

Ellis: Yeah, we’re partners. She’s always been a great cook. She mostly handles the bakery side, and she also just kind of manages everything. We basically share roles, but I take care of the kitchen, and she takes care of the employees in the front of the house. She does a lot of the baking; I take care of most of the bread, things like that. We’ve had to make do, so she goes wherever she can.

Clover: Sounds like you make a great team! So what made you choose Clover for your business?

Ellis: We did a lot of research on Square and Breadcrumb and a couple of other systems that we were familiar with. Pricing was similar across the board. But the Clover system is so easy to use, and the customer service is great. Our rep was so awesome and helpful. So we landed on Clover. We loved it so much at The Walk In that we got a second terminal for our bar area and ended up getting another Station Pro for the bakery.

Clover: Were there other resources that were helpful this spring and summer as you were ramping up both of the businesses?

Ellis: Rapid Deposit was great. When you’re opening a new business, you’re dependent on that money coming in to pay for your orders and all the other things you have to pay for. So not sitting around waiting for that money to be deposited into your account is really nice. We also use Homebase for scheduling and to email our employees whenever we need to and for Payroll, things like that.

Clover: Sounds like you were very strategic about things! So how has the reception of your restaurants been?

Ellis: We had no idea how busy we were going to be! But because of COVID, so many people from New York have been migrating to this area and buying houses here. In the past year, the population has just gone up so much, and there’s nothing for anyone to do except come to us. It’s a block party every single weekend. We’ve created a really fun work environment; it’s always lively. Celebrities come in all the time. So we’re always excited about that. Jennifer Lawrence was there last weekend.  We had no idea it was going to be like that. We thought we would just be a little coffee shop that had some sandwiches and soups and salads, and now it’s become this massive thing. I mean, they’re putting a crosswalk between the two businesses because there’s so much traffic. It’s pretty wild. It’s not a bad problem to have.

Clover: Not at all! So what’s your vision of the future for The Walk In and Neon Croissant? Do you have any plans to supply your baked goods to other businesses?

Ellis: We’re so small right now, and that’s the way we like it right now. But eventually we’ll make wholesale. We’re still negotiating a lease, but next year we have plans to open a Mexican restaurant down the street. And potentially within five years, we may expand the Walk In to different towns nearby. Hopefully, we’ll get the bistro open at some point! We’re just going to keep growing. When the opportunity arises, and we feel it’s the right thing to do and the right time to do it, we’re just going to go for it.