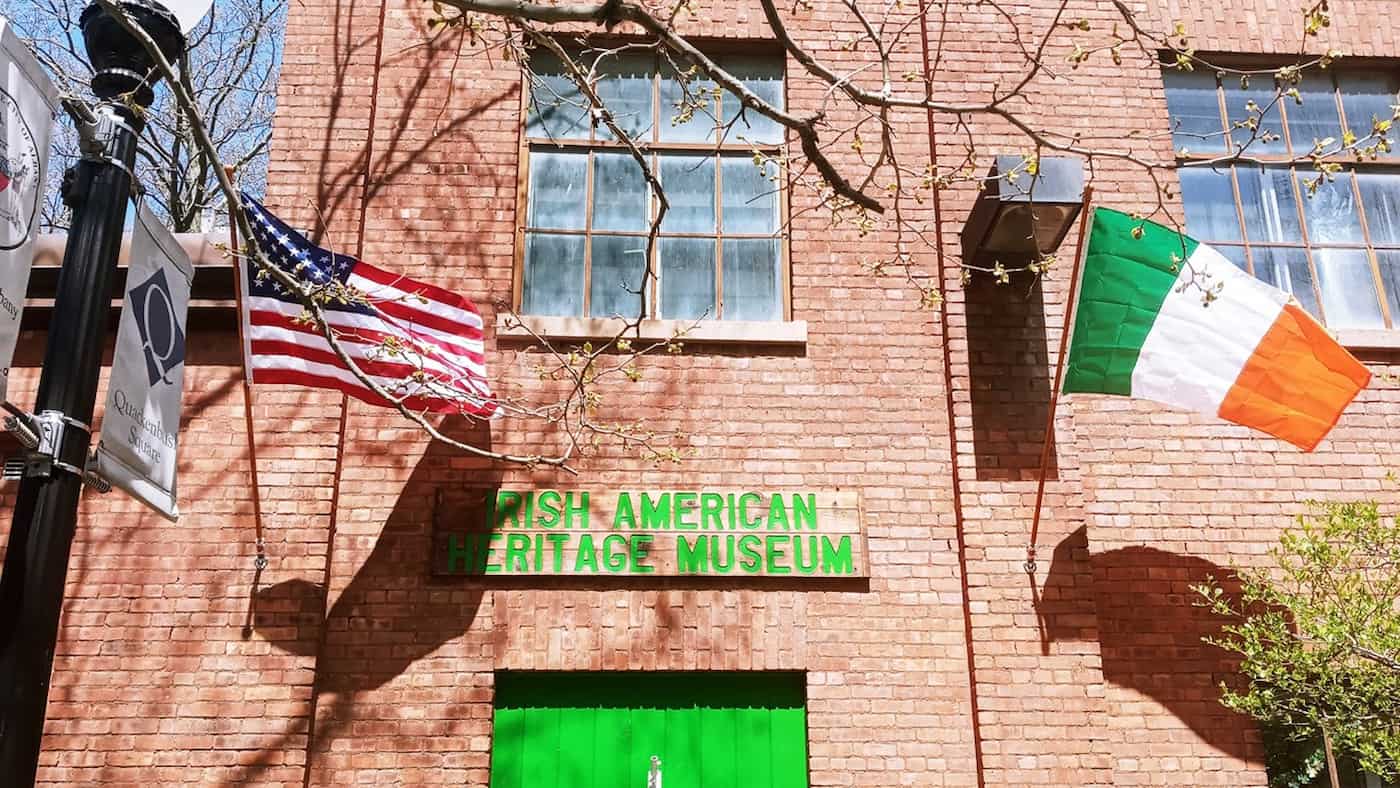 More than 30 million Americans can trace their ancestry to Ireland. At the Irish American Heritage Museum, executive director Elizabeth Stack devotes herself to helping visitors uncover their personal histories.

Storytelling comes naturally to Stack, who previously taught Irish-American history and worked at the Institute for Irish Studies at Fordham University. In 2018, she joined the museum, overseeing the move to its permanent home in Albany, NY. As executive director, Stack enjoys sharing her passion for Irish culture in America with scholars and non-academic visitors:

“Much of what I do is still research-based,” says Stack. “We write a lot of ‘On This Day in History’ posts, and of course, we have large exhibits out in the main galleries. We have a permanent exhibition which tells the story of various Irish-Americans, some of them famous and some of them not.”

Stack is drawn to immigrant stories partly due to her lived experience. In 2009, she arrived in the U.S. from Co. Kerry, Ireland, seeking to complete her graduate studies. Her academic work explored how the Irish story intersects with American progress. For example, Stack describes the impact of building the Erie Canal, which expanded commerce and industry in New York dramatically in 1825.

“It wasn’t just the nameless workers on the canal who were Irish. In fact, [New York governor and so-called ‘father of the Erie Canal’] DeWitt Clinton also had Irish ancestry,” says Stack. “Some of the engineers like Christopher Colles were born in Ireland. The politicians and engineers and surveyors who pushed for the Canal were Irish, or had an Irish background. And the canal workers, of course, are famous because it was such a tough job.”

Before Stack joined the Irish American Heritage Museum, its reach had been mostly local since its founding in 1986. Under her guidance, the team has widened the museum’s appeal by expanding the calendar to increase in-person events and family-friendly activities that attract visitors.

“We’re very proud of our film club. We host it once a month, it’s usually documentary-based, but it can also be little-known movies out of Ireland,” says Stack. “So for instance, we had the Irish language film about the Great Hunger called Arracht, which means “Monster”, and that was kindly sponsored by the Irish Film Institute at Home and Culture Ireland.”

An admitted technophobe, Stack was hesitant but willing when her bank suggested she try Clover for managing the museum’s admission and gift sales. Although she encountered a few hiccups while learning the system, she soon became a Clover enthusiast.

Clover has “been kind of transformative,” notes Stack. “We were a very small, sort of mom-and-pop museum in our older building. The credit card machine was connected in the kitchen, so you had to run back there with somebody’s card. We changed to Clover in 2020 or 2021 because everything transitioned to being online, including our gift shop. We’re not necessarily an online store yet, but people occasionally want us to mail them a book or whatever. So Clover has helped with that.”

Stack is still exploring the capabilities of her Clover Mini and hopes to find more ways it can benefit the museum.

“The great thing about Clover is it’s portable,” says Stack. “We have a lot of offsite events like a golf fundraiser in August and an Irish Christmas Market. We used to hold [the latter event] in the museum but it’s gotten too big, so we moved it to the Celtic Hall. Now, when we take the shop on the road, so to speak, we bring our Clover Mini for selling merchandise and gifts.”

Clover has even reduced the museum staff’s stress around bookkeeping and transactions.

“[Clover] is tied to our bank account, so, if we forget to print a receipt for whatever reason, it’s all contained in the cloud,” notes Stack. “You can reprint the transactions. And we’ve had the same experience online: it’s so easy to integrate Clover with our CRM system. I have found it very user-friendly for someone who isn’t very technical, you know.”

According to Stack, Clover offers small businesses another essential advantage:

“There’s a fine balance between paying for services and receiving the services. It is great to know that a company like Clover is on hand to help us make the most of a product we’re already paying for, whether it’s how to program something or telling you how else you can use it, without it necessarily being a hard sales pitch,” says Stack. “That certainly helps us because you’re expected to be everything in a small business like this.”

Read more stories about how Clover is helping organizations build communities and share their stories.