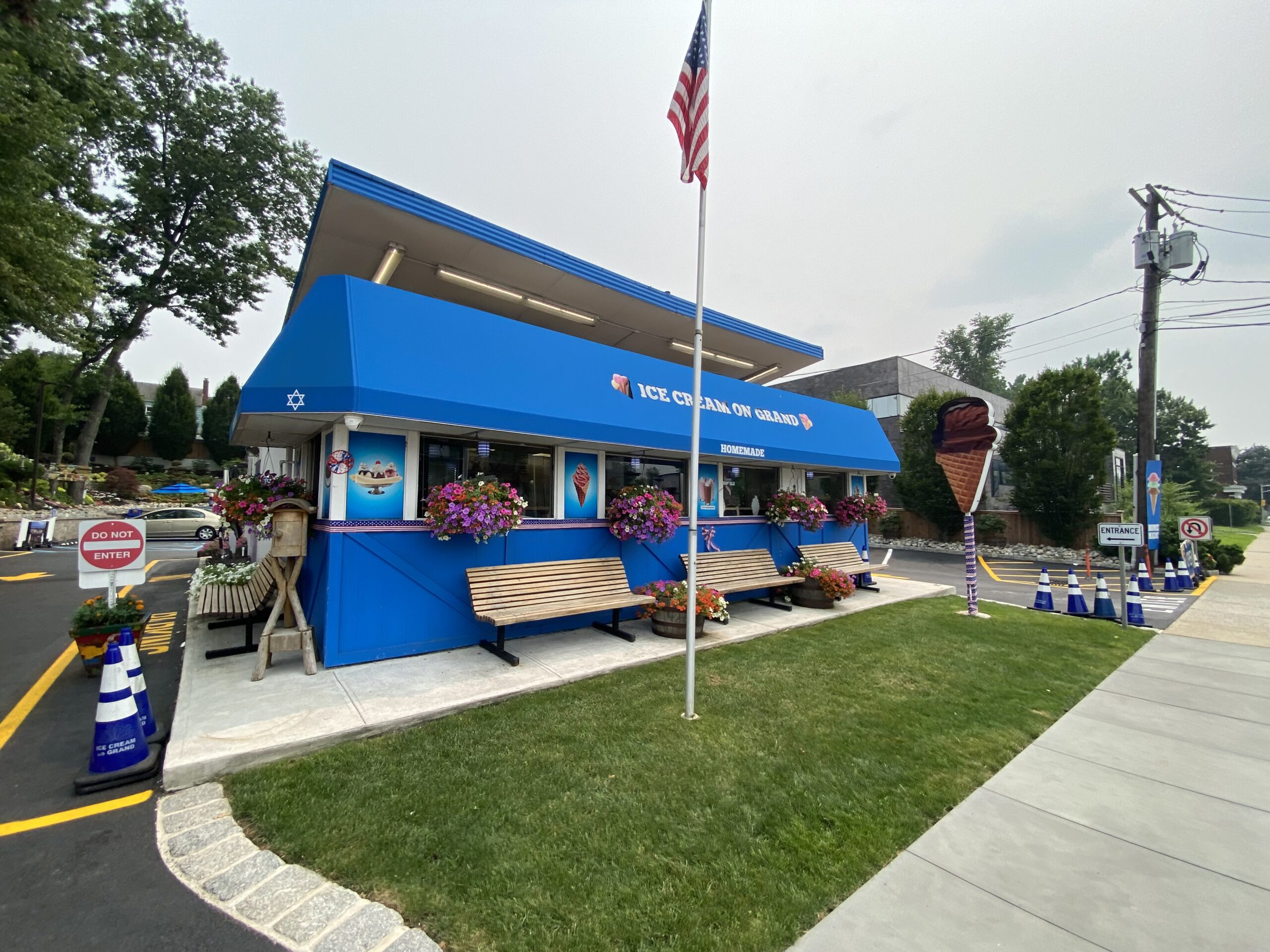 In this installment of Meet the Merchant, we speak to Syed and Victoria Rizvi of Ice Cream on Grand in Englewood, New Jersey. Syed and Victoria share how the pandemic led them to reinvented their business operations after more than 20 years of serving ice cream.

Clover: Hi, Syed! Tell me how and why you started Ice Cream on Grand.

Syed Rizvi: In 1991 I came here from Pakistan. I wasn’t educated enough to get a good job, but I had some money and wanted to open a food-related business. Then in 1995, I bought a pre-existing ice cream store, Carvel, which was about 40 years old at the time. We ended up parting ways, and I decided to call it Ice Cream on Grand. I didn’t know a thing about ice cream, but I slowly started to build my knowledge. I’ve been in business for more than 25 years.

Clover: Incredible. You moved to a new country, and you took over an ice cream business, not knowing anything about ice cream. What did you do to learn? Did you have any help?

Syed: When I bought Carvel, there were two brothers who used to own the store. One of them, Bob Fitzsimmons, was a person who was practically in the store five days a week, for five to six hours. He had 40 years of experience, so I learned a lot from him in the beginning. We also studied, would go to industry trade shows, and try to learn slowly. Some things worked, and some didn’t.

Clover: What kinds of things did you do to help build your client base? Did you advertise a lot? Did you have special events? Or offer coupons?

Syed: We advertise a lot. Normally, we offer coupons and gift certificates every year. In 2020, we chose to go fully contactless and stopped using paper—so, no gift certificates, coupons, or cash. This year, we ordered a huge amount to make up for lost time. We must have given away 10,000 coupons in three weeks this July, between passing them out at the door, giving them to employee’s families, and donating them to local businesses.

Clover: It sounds like the pandemic has changed the way you do things. Would you say that business has suffered extensively during this time?

Syed: At the beginning of the pandemic, we were only operating around 5-6 hours a day, compared to our normal 12-13 hours a day. Because of this, we planned for a worst case scenario–that we would be at 35%–and a best-case scenario–that we would be at 50%. Considering we were only open for just over 4 months in 2020, we fared okay. Our goal for 2021 was to match our sales in 2019, and we came very close.

Clover: When did you decide to use Clover for your point of sale? Why did you choose it?

Victoria: We have the original Clover model–from when it first came out. Syed goes to all the tradeshows, and it was at a food show that we learned about Clover–about five to seven years ago. We were one of the first to get Clover. At the time, it was a new toy. Now, Clover is everywhere.

Clover: What Clover products are you currently using?

Victoria: We first got Clover mainly because the system we were using was not an internet-based system. Then, we got a Clover Mini because our original Station didn’t have a chip card reader.  After that, we got the Clover Mini to put outside, but we wondered if we could find a printer for the main system. I got in touch with Clover’s service team who suggested we get the kitchen printer and three Clover Flexes. Counting the main station, the Clover Mini and three Flexes, we now have five Clovers total–they all work together.

Clover: Let’s talk a little bit more about the pandemic and the changes you’ve made.

Victoria: The biggest change from last year to this year is that last year we used the drive-through 100% percent of the time we were open because we didn’t feel it was safe to let customers inside. This year, when we opened, we made a decision to open the drive thru. We had the paving company redo our parking lot, and change it from self-park to drive-thru. So this year it had a more professional look. Then finally we decided to open the inside again when the state’s restrictions were slowly lifted, and more people were getting vaccinated. We also want to be as safe, COVID-proof, and as sanitary as possible. Syed is a clean freak, so everything has to be triple-cleaned and sanitized.

We also put two, 65-inch plasma TVs outside that are connected to our surveillance cameras and pointed two of the cameras, normally in the customer area, to livestream our scooping station on both of the 65-inch plasma TVs. Now, people in their car and waiting by the window can see how their order is being made.

Clover: That’s awesome. Have there been any other challenges in trying to get things back to normal?

Victoria: My husband used to stay open longer just to give his employees a chance to work a little longer–some employees really depended on this income. Now, we don’t have anyone except us who are dependent on the business income. All the employees are high school kids and college kids. And this year it was absolutely impossible to get any, I want to say, “grown up” help. Supply chain issues are another challenge. We can’t even get basic things like cups. There’s even a shortage of cookies, which are used for ice cream sandwiches. Who would think that there’d be a shortage of Oreo cookies? Factories are closed. No one wants to work.

Victoria: We were recently in Vermont, taking a much-needed vacation after closing for the season. It seemed every other business had the newest Clover Station model. Some of the customers were clearly new to using this machine, but for me, I knew exactly how it worked. This made me think, “we need to order a new Clover!”