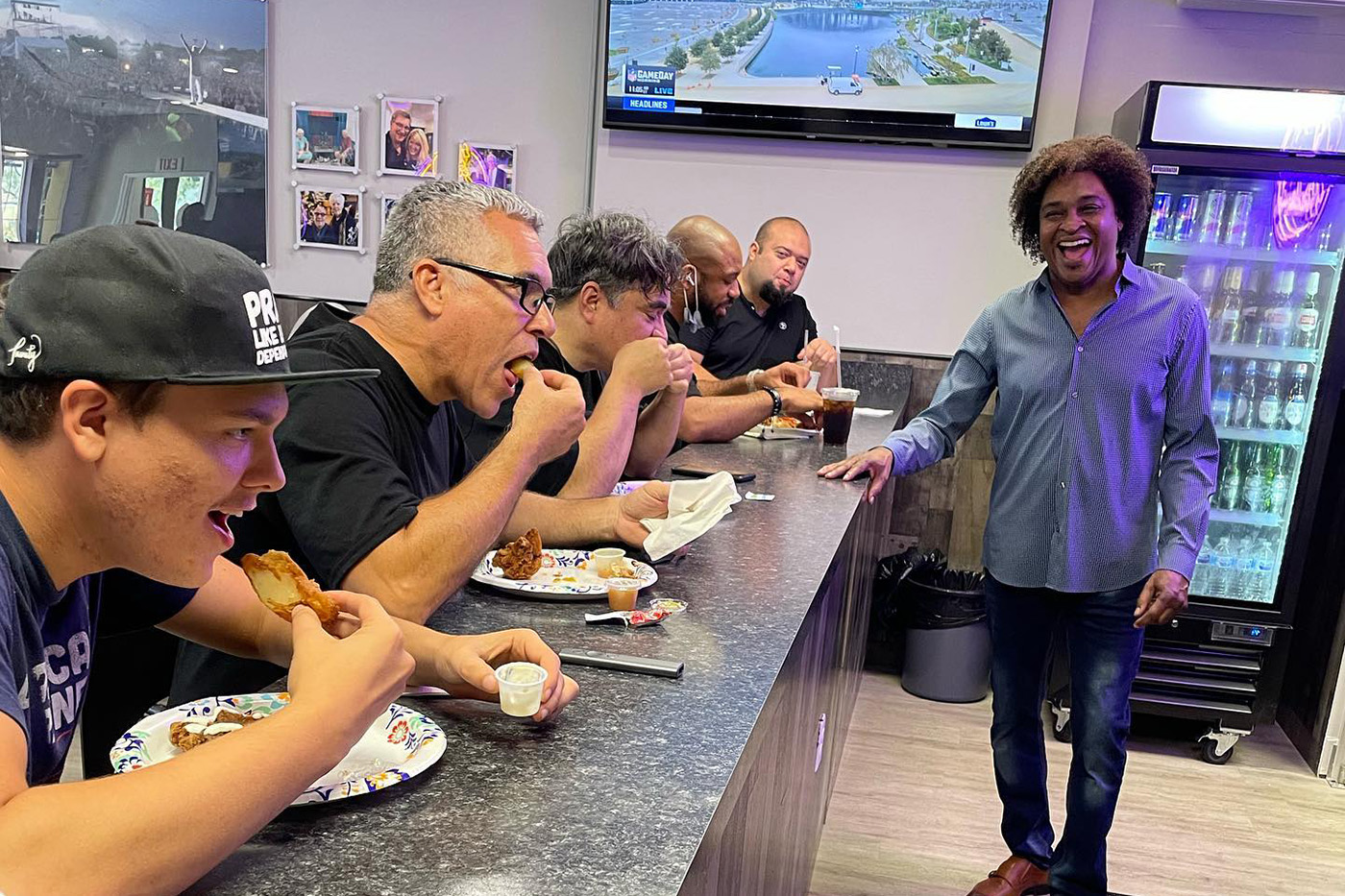 Growing up in Rochester, New York, Dexter Sanders loved the chicken and ribs at Sal’s Birdland, a pillar of the community that had been around for 48 years. Decades later, when Dexter began thinking about opening his own restaurant in Orlando, Florida, he drew inspiration from that childhood favorite. He and his son even trained with the owner of Sal’s Birdland to bring their recipes all the way down to South Florida.

On game days at Amway Center and Exploria Stadium in Orlando, Florida, sports fans want a bite before games or concerts but don’t have time to drive around town—and they certainly don’t want anything fancy. Nestled between these two stadiums, Dexter’s Birdland hits the right spot with juicy ribs, crispy fried chicken, and other casual fare. The food isn’t just finger-lickin’ good; it’s fast, too. For these time-strapped customers, most menu items are made to order in 11 minutes or less.

But there’s more to Dexter’s than good food made fast—it carries on the tradition of Dexter’s childhood watering hole Sal’s Birdland in Rochester, New York.

Recipe for a new restaurant

A former educator, Dexter had wanted to open his own restaurant for a while. “When I began to think about what kind of restaurant, and what kind of food,” he says, “I thought about what I don’t have here in Central Florida. It’s the kind of food I get in my hometown in Rochester, New York.”  Dexter has fond memories of eating at Sal’s. “When I go home,” he says, “the first thing I do is go to Sal’s Birdland to get chicken and ribs, all the stuff that I can’t get in Florida.”

So he reached out to Sal’s current owner, Jimmy Ortiz, who’d bought the restaurant from his father-in-law. “He and I began to talk. We’re the best of friends right now,” Dexter shares. “So I bought both the license and the recipes from Sal’s Birdland to bring that inspiration here to Central Florida.”

Dexter and his son Blake trained under Jimmy Ortiz for two weeks in Rochester, learning how to cook all of Sal’s recipes. Father and son opened their counter service restaurant only in August 2021, but they have already amassed a flock of loyal customers—a testament to the power of the right food at the right place, at the right time—and the right price.

Dexter attributes part of the restaurant’s success to landing at the right location. “It’s kind of a blessing that we landed this particular real estate,” he tells us. “It has been a four-generation restaurant [location]; the three others before us were not successful throughout the years. [The place] was laying dormant for the last year. But when we came in, the city of Orlando welcomed us because they appreciate diversity.”

The city wanted a restaurant that could benefit both the stadium and the local community—and selected Dexter’s Birdland for the space. “They’re doing a lot in this community, with the soccer stadium with Amway, and the other things they’re building now, like new practice facilities for the players right behind us, and above us are 400 apartment units,” Dexter says, adding, “We are situated for success.”

Clover has been another key ingredient in the restaurant’s success. Dexter appreciates how simple and user-friendly it is. New employees can get up to speed on the POS system in about 30 minutes. They take most orders on the Clover Station at the main counter, but there’s also a Clover Mini in the bar area.

On busy days, employees also circulate with a Clover Flex, taking orders from customers outside or those waiting in the main line. In fact, the Clover Flex has proven so helpful, they’re adding a second one. “I’m excited about having a second one come into our restaurant, because we’ve got to be able to move around even more than we can now,” Dexter says.

During a recent soccer game, it was especially busy and customers wanted their food ASAP. Thanks to Clover Flex, employees were able to process orders quickly and efficiently, keeping most customers happy. Only two families left out of frustration with the long line, which Dexter considers a win. “[Customer rushes] happen really quickly for a two- or three-hour span,” he says. “That’s why I’m in love with the Flex. It really allows us to move around.”

As Dexter’s Birdland approaches its first full year in business, Dexter is optimistic about the future, especially since customers are eager to meet up with friends to enjoy live sporting events and good food and drinks. “I think being locked up all that time really negatively affected a lot of folks and they’re trying to spread their wings out and get back out,” he says. “So I’m hoping that the climate stays that way because of course that’s beneficial to us as a restaurant.”