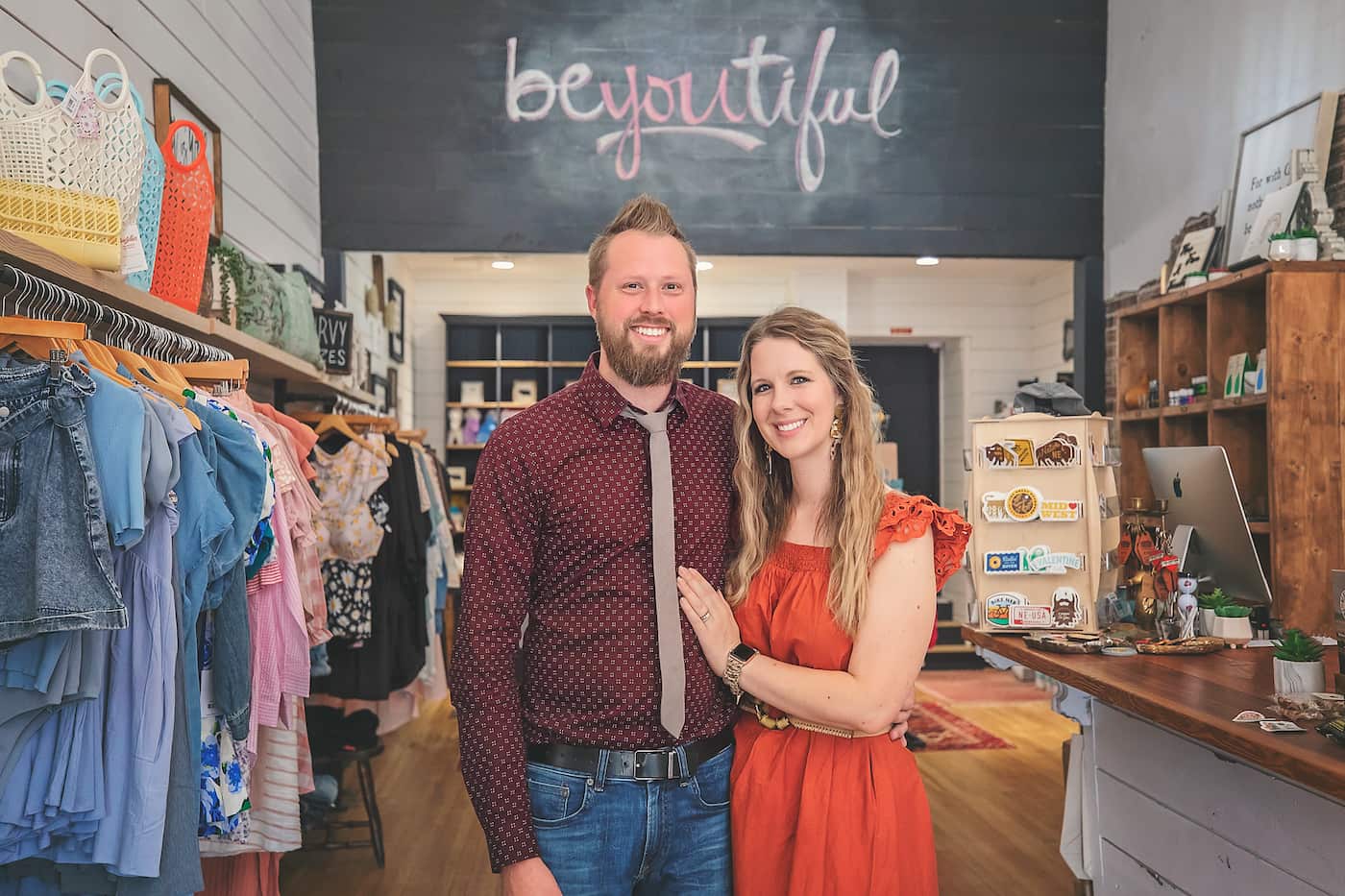 At first, Whitney Mayhew wasn’t sure what to make of her husband’s tiny hometown. But after taking over a local women’s clothing shop, she found a calling and expanded Broken Spoke Boutique far beyond the confines of Valentine, Nebraska.

The city of Valentine sits at the very northern end of the state of Nebraska, just before you cross over into South Dakota. It has a population of less than 3,000 and appropriately calls itself “The Heart City.” It’s the small town where Whitney Mayhew’s husband grew up; a city she never expected to find herself living in, let alone operating a business in. “We never anticipated ever coming here,” says Mayhew. “Like, it’s in the middle of nowhere, there’s no shopping.”

It didn’t take long for Mayhew to eventually embrace the small town life and let the undeniable charm of Valentine wash over her. After moving there homeless, jobless, and discovering she was expecting a second child the day after moving, she was offered a job at Broken Spoke Boutique, a small women’s clothing shop that had just opened.

“She was only going to be open three days a week because she had a full-time job,” said Mayhew of the store’s original owner. “She said, ‘You can bring your children. You could work those days for me.’ I’m like, ‘that’s perfect.’” Then, after a year, the dynamic shifted. The original owner offered to hand over the keys. “She came to me and said, ‘Look, I have a full-time job. It’s hard to balance this. We’re wanting to expand our family. Do you want to take it over?'”

The rest… is business history.

Taking the reins, then taking the leap

Mayhew, who had 12 years of banking experience under her belt, began looking at the financial picture of the store, as well as potential opportunities for expansion. “We didn’t have a children’s clothing store in Valentine,” says Mayhew, “so I started incorporating children’s clothing in there immediately so we could fill that gap in our small town.” Then came a branding effort involving an assist from Mayhew’s husband. “My husband does all the graphic design for the t-shirts that we make and some of the other Valentine paraphernalia that we have. And so from there, we were able to grow and start a following with that.”

Growth came quickly, and it wasn’t long before Mayhew’s vision for Broken Spoke outgrew the space she was operating in. She sought out a new location and eventually landed on a former bank building built in 1915. Together, Mayhew and her husband worked to renovate and redesign the space into the new, bigger and better Broken Spoke Boutique. “When we were able to get into the new space, it allowed us to grow more and get more recognition,” says Mayhew. “I feel like in a small town, you would think so many people would know about you. But that’s not necessarily the case.”

By utilizing Clover’s unique app market, Mayhew was able to digitize and simplify aspects of her business that might have otherwise required additional employees. “The option of having the apps to work like your third party and in-between things was a huge thing for us. Because if you’re wanting to grow, if you’re wanting to expand, you need these things implemented into a system to make it easier for you.”

On top of that, Mayhew and her husband Phil were able to take advantage of Clover’s inventory tracking and online ordering features to expand their market beyond the small town of Valentine. “We use SKU IQ,” says Phil Mayhew, who handles running the online store. “It syncs all our inventory between WooCommerce and Clover. We add whatever inventory, we can adjust totals, we can set prices, everything. And once we save, it automatically goes online and it goes into the Clover inventory. So it makes it so simple because literally before this—what, two years ago?— Every time we sold something, we would have to go online and take it out of inventory. So it was a mess. It was a nightmare. Clover makes it so much simpler.”

As she looks to the future, Mayhew imagines further expansion and is planning to take the shop on the road in a tiny home boutique she and her husband are currently building. “That way we can go to trade shows and vendor events,” says Mayhew “because that’s one of the next ways we would love to expand.”

All in all, Broken Spoke Boutique has become a defining name for Mayhew and has helped her become an evangelist for the small town she ended up in all those years ago. “It’s just a unique, cute, little quaint town, especially for all the summer tourism stuff,” says Mayhew. “That’s one of the advantages that I feel like brings so many people into our shop, too. I’ve really been thankful for the people I’ve met, the opportunities that I’ve had, and it’s definitely opened a lot of doors I never would have expected being in a tiny town in the middle of nowhere.”

Read more stories about how Clover is helping merchants grow businesses and thrive.