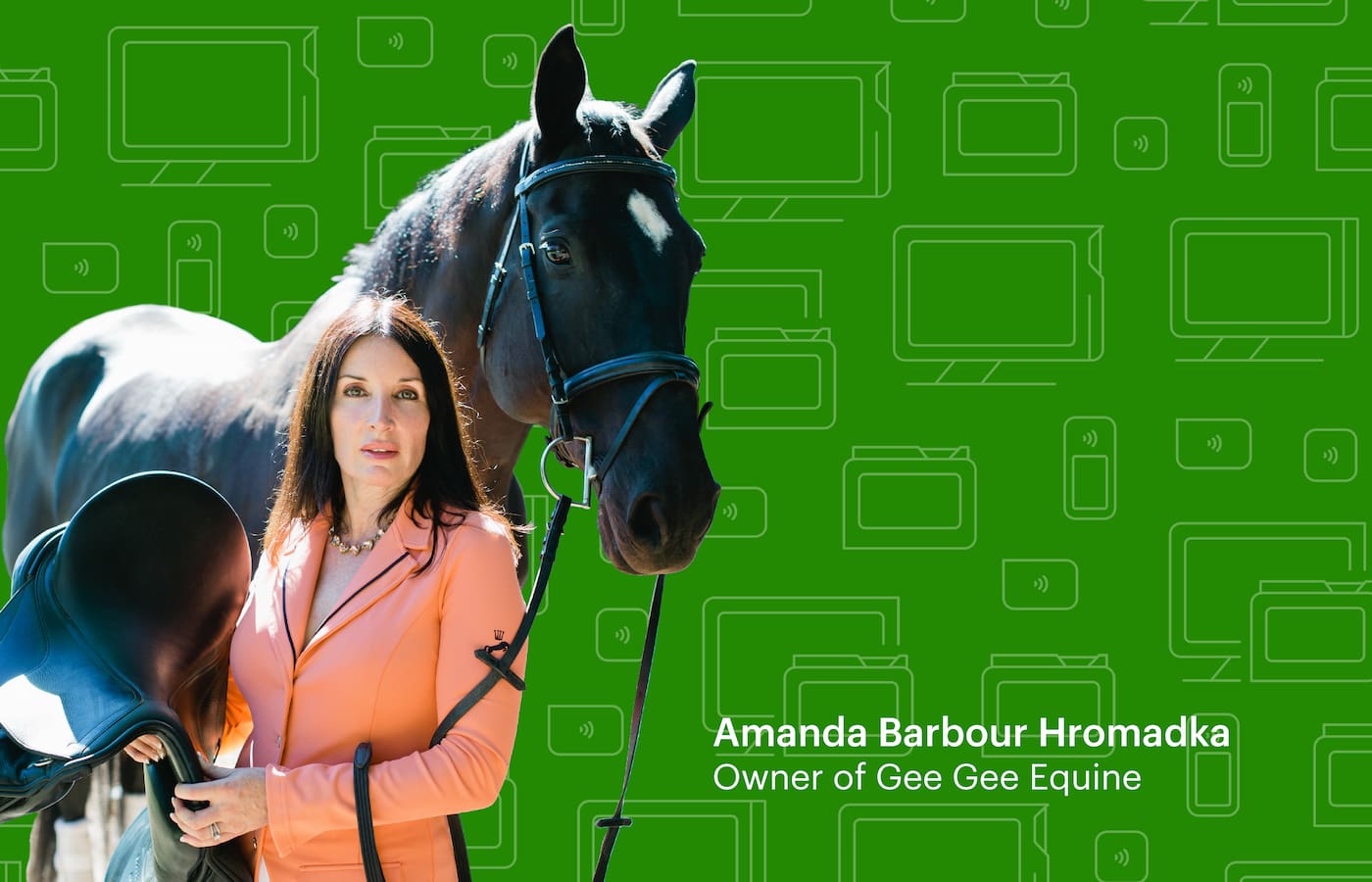 When Amanda Barbour Hromadka moved to the U.S. from her native England, she brought her love of fashion and equestrian heritage with her.

While her love of horse riding continued in America, there was one thing she found to be lacking in her new home across the pond: fashionable equarian apparel.

“I was always riding horses. I noticed there was a huge gap in the American market for [equestrian] clothing lines that were fashionable, to say the least–and that’s how I started.”

What started as a hobby for Hromadka in 2011 has now transformed into a full fledged equestrian apparel company specializing in high quality garments and accessories for riders and their horses. The fashionable equestrian enthusiast started Gee Gee Equine as a mobile business for which she traveled to horse shows and barns to reign in new clientele.

“I did the opposite of what everyone does now. I went to horse shows, I attended with a tent, and I sold my goods at all the shows around California. Now, no one has a brick and mortar and everyone goes to the horse shows and sells their wares,” says Hromadka. “I really didn’t enjoy doing the horse shows, and I had a full time job. I started Gee Gee as a stress relief from my full time job.”

Hromadka said goodbye to her corporate job and said hello to her future in equestrian wares by opening up a brick and mortar location for Gee Gee Equine in Torrance, CA in 2015. After opening up her business, Hromadka found her niche by selling custom DeNiro riding boots from Italy.

“We do made-to-measure, custom boots and we do stock boots. It takes a few years to learn how to not only design, but how to fit a made-to-measure boot and be successful doing that,” says Hromadka. “I get a lot of clients that tell their barn friends about Gee Gee Equine and about their boots.”

With the help of the DAVO sales tax app integrated into her Clover system, Hromadka saved time and eliminated the stress of calculating the sales tax for her business.

“I had already been doing my own sales tax, which is a complete nightmare. We ended up downloading the DAVO app and that basically saved me. With my Clover system, the DAVO sales tax app takes it out on a daily basis, so I never have to worry about writing a big check for sales tax.”

Bringing her business to the barns is no problem either, thanks to the Clover Flex. Hromadka keeps her business flexible by bringing her products directly to her clients, and sometimes that means a trip to the stables.

“I’m surrounded by barns…and I’ll drop off goods. We can use [the Flex] at the barn and swipe [customers’] credit cards. It’s really useful in that respect.”

Amid a flurry of businesses being impacted by the pandemic and many being forced to shutter their doors, Hromadka saw an unexpected uptick in business, a bit of fortune that she doesn’t take for granted.

“Everyone was outside riding [during the pandemic], so some of the figures that we did were the best that we’ve ever done. Sadly, we had COVID, and we knew that other businesses were failing and closing, but we were very lucky to not only stay open but to grow very, very quickly.”

Gee Gee Equine faced its own struggles amid the pandemic, such as supply chain issues and delayed inventory. Determination, persistence, and some horse feed helped Hromadka to keep her business open.

“I managed to stay open because we have horse feed. Horse feed is an essential item. I was very lucky that I could keep my doors open.”

For more stories about merchants and what inspires them, be sure to peruse our Meet the Merchant series.